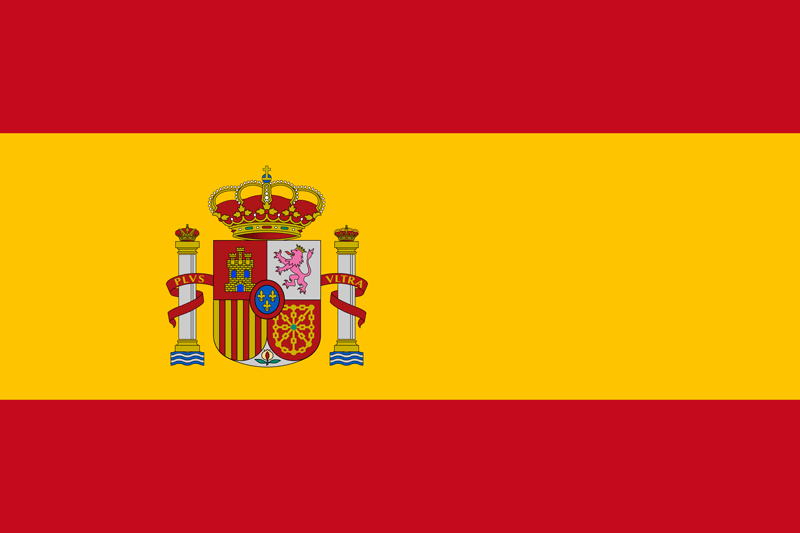 Spain is located in the extreme south-western part of Europe, occupying a large part of the Iberian Peninsula. Besides the peninsula, some of Spain’s territory can also be found across the Strait of Gibraltar and the Atlantic Ocean where some of Spain’s islands are located. The Iberian Peninsula is shared among Spain and its western neighbor Portugal. When it comes to sea masses surrounding Spain, there is the Balearic Sea (belonging to the Mediterranean Sea) at its eastern and south-eastern parts. The southern part of Spain looks at the Alboran Sea whereas the south-western and north-western parts of the country are looking at the Atlantic Ocean. Northern Spain is looking at the Bay of Biscay.

Spain’s population estimate is around 47 million (from 2019). The country’s capital and largest city is Madrid with a population of more than 3.2 million people. Other major cities include Barcelona, Seville, Valencia, Bilbao, Malaga, and Zaragoza. Politically, Spain is a constitutional monarchy with two legislative houses: Senate and Congress of Deputies. The country is both culturally and geographically diverse. As a member of the European Union, its official currency is the euro (€). Spain is not a federation but it’s actually a decentralized unitary state made up of many autonomous communities. Some of these communities include Andalusia, Catalonia, Community of Madrid, Valencian Community, Galicia, etc. Spain’s history is also stunning and it was one of the most powerful colonial forces at its peak. There are many museums and historical landmarks that bear witness to its powerful heritage.